Alan Mak nominated for prestigious MP of the Year award 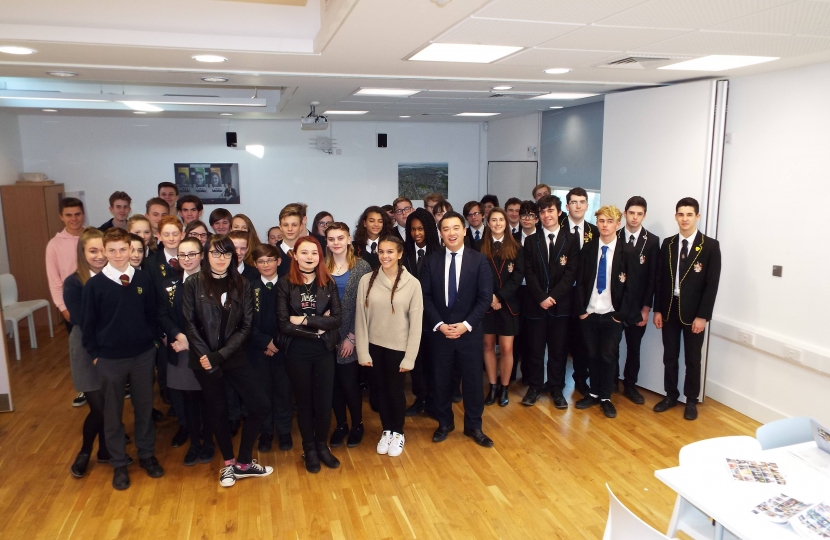 Havant MP Alan Mak has been nominated for a prestigious national award for his work in engaging with under-represented and underprivileged sections of the community.

The Patchwork Foundation MP of the Year recognises the work of politicians in deprived and minority communities around the UK. Winners in recent years include Justine Greening, Caroline Lucas, Sadiq Khan and the late Jo Cox.

All the nominations come from grassroots community organisations, with Mr Mak commended for his support of residents through events that he organises in the constituency.

These include his two Jobs, Apprenticeships and Careers Fairs, which took place in February 2016 and March 2017, helping more people into employment, and his Older Persons Information Fair that will return again in October.

The Patchwork Foundation also praised Mr Mak’s commitment to boost the number students from Havant attending top universities. Havant has one of the lowest levels of youngsters in higher education and to combat the problem Mr Mak organised the first ever Havant Oxbridge Conference in Leigh Park last year. In total 70 pupils from Crookhorn College, Park Community School, Warblington School, Hayling College and Purbook Park School were at the event to receive a masterclass from outreach officers of Oxford and Cambridge universities.

Alan Mak MP said: “I am thrilled to have been nominated for the Patchwork Foundation MP of the Year award. To be even considered for this prestigious award is a real honour. As an active local MP I am determined to make a tangible difference in the community, and make our area a better place to live, work and grow up. I’m grateful to the many residents and community groups who support my work locally.”

The winner of the MP of the Year award will be announced by the Speaker John Bercow on Wednesday 15 November at a special ceremony in Speaker's House.

The Patchwork Foundation said: “We are delighted to have received a public nomination for Alan Mak MP, who has shown a clear commitment to support minority communities in his local community across Havant, especially young people trying to gain a place at university.”