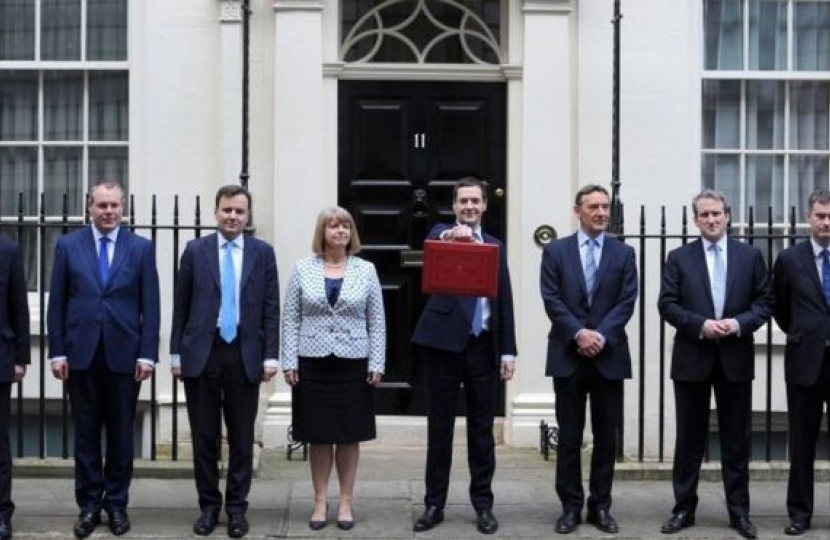 Only a Tiger Mother Economy Gets Britain to the Future First

In her worldwide bestseller, Battle Hymn of the Tiger Mother, Yale law professor Amy Chua, says good parenting means instilling positive values in children: hard work, discipline and high expectations. In practice, that meant striving for – and achieving – the highest grades at school, whilst eschewing childish distractions such as sleepovers. Put simply, lofty goals, determination and hard graft, Chua contends, are key to fulfilling your potential and succeeding in life.

Those same principles apply in public policy too, not just childrearing. Since 2010, Britain’s economy has benefitted from our own Tiger Mothers in Government, led by David Cameron and George Osborne.

Labour’s financial crisis meant Britain was borrowing over £150 billion a year and unemployment rocketed. We suffered the deepest recession since the war and had the West’s second biggest structural deficit. Today, thanks to the British people’s hard work and the Treasury’s laser-like focus on growth, the deficit is down by over half, there are 2.7 million more private sector jobs and over 900,000 more businesses.

In the global race for success, Tiger Mother values at the heart of Conservative policymaking are making Britain’s economy fit for the future. Fiscal discipline, high expectations and supply-side policies such as tax cuts for families and firms have made Britain a compelling investment destination. For example, at 20%, the UK now has the G20’s joint-lowest corporate tax rate – it will be the single lowest by 2020. And Britain is getting closer to the Government’s target of reaching the top 5 best places to do business globally – we’re now up to sixth place in the World Bank’s “ease of doing business” ranking. We’ve also reached second spot in the Global Innovation Index, ahead of the USA, Japan, and every other EU nation. By thinking big and aiming high, Tiger Mother values are propelling Britain to the summit of all the right league tables.

But the job isn’t done. Britain is not immune from the dangerous cocktail of risks facing the global economy: uncertainty in emerging markets (notably China), falling commodity prices, volatility in the Middle East, and a possible Brexit. There’s no room for complacency and 2016 is a critical year for finishing the work of fixing our economy for the long term. So, next week’s Budget is another opportunity to embed Tiger Mother values at the heart of our economic strategy. Lowering personal income taxes again, for example, would send another signal that this Government continues to value hard work. Launching a new British sovereign wealth fund would be a bold and visionary step that builds a nest egg for the nation. Ask any Tiger Mother – including my own – and she’ll tell you that locking-in the fruits of today’s hard-won economic success for future generations should be the ultimate goal of a responsible government. Let’s see what the Chancellor delivers.

Getting Britain to the future first requires not only Tiger Mother economic reform, but ambitious education reforms too. It’s no coincidence that David Cameron specifically praised the Tiger Mother mindset in his well-received January speech on life chances. The best schools, he observed, have high expectations of their pupils who go on to be more economically productive. Michael Gove’s reforms brought the best schools, including academies, to some of our most deprived neighbourhoods, and delivered real rigour – like phonics – back into the classroom. The new English Baccalaureate (EBacc) puts core subjects such as English, Maths, Science and Languages at the heart of the curriculum, giving our students the key skills to compete in the global marketplace. £23 billion is being invested in 500 new free schools by 2020, providing over 600,000 additional high-quality school places, with more funding for specialist STEM teaching too. These Tiger Mother policies are already driving up school standards – a million more pupils are now taught in good or outstanding schools compared to 2010 – whilst bolstering our long-term economic competitiveness.

Next week’s Budget is an opportunity build on these strong economic foundations, maintaining the disciplined, patient approach that has enabled George Osborne to deliver the G7’s fastest growing economy. What’s more, when we look back at this period in the future, we will observe that the fruits of the Chancellor’s Tiger Mother policies were not just a prosperous economy, but great strides towards building Britain’s Opportunity Society. A Britain where better educational outcomes helped people build successful lives from a growing economy and an upwardly mobile society. These are the prizes on offer if we continue with the Tiger Mother policies that are already making modern Britain a roaring success.