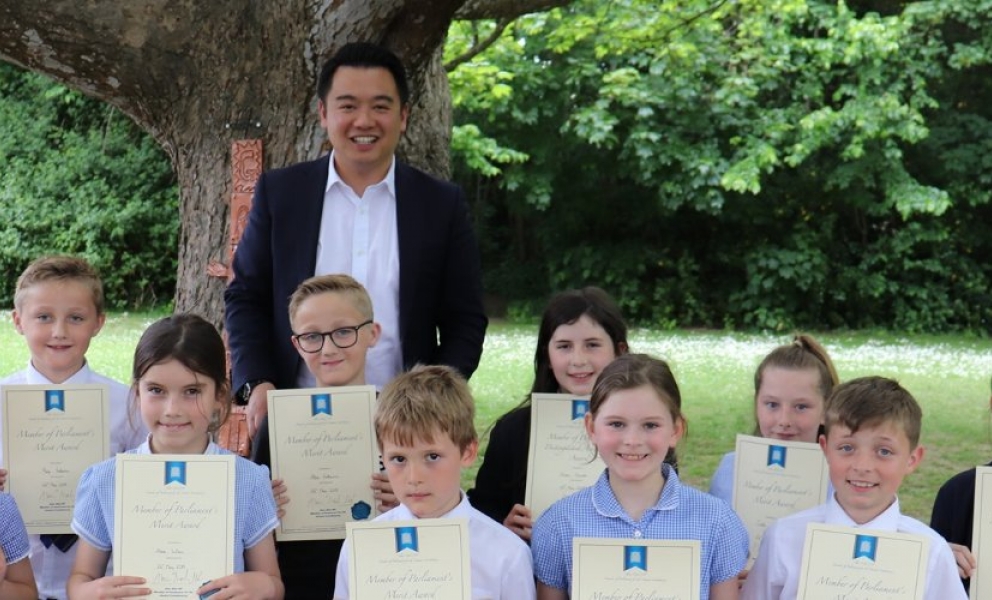 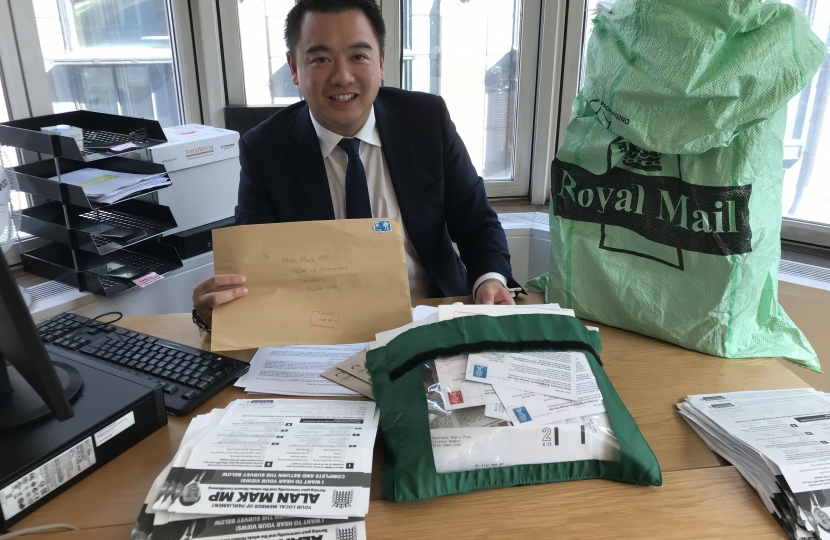 Alan Mak MP with his postbag in the House of Commons. He receives and deals with a high volume of correspondence.

Alan works hard for the people of the Havant constituency, campaigns on local issues, and deals with queries from residents. He received a high volume of correspondence, including hundreds of letters, e-mails, social media messages, postcards, flyers, telephone messages and other communications each week, which he and his staff deal with.

As well as working hard for you in Westminster, Alan runs a number of events throughout the year in the constituency, including the Small Business Awards, the Older Persons Fair and the Jobs and Apprenticeships Fair.

His thoughts on local subjects can also be found here. Alan runs a number of surgeries around the constituency, for which Alan and his team will allocate surgery meeting appointments where they feel that it would be beneficial for Alan to meet the resident concerned. Each meeting lasts for 15 minutes, and are by appointment only. Upcoming dates can be found here.