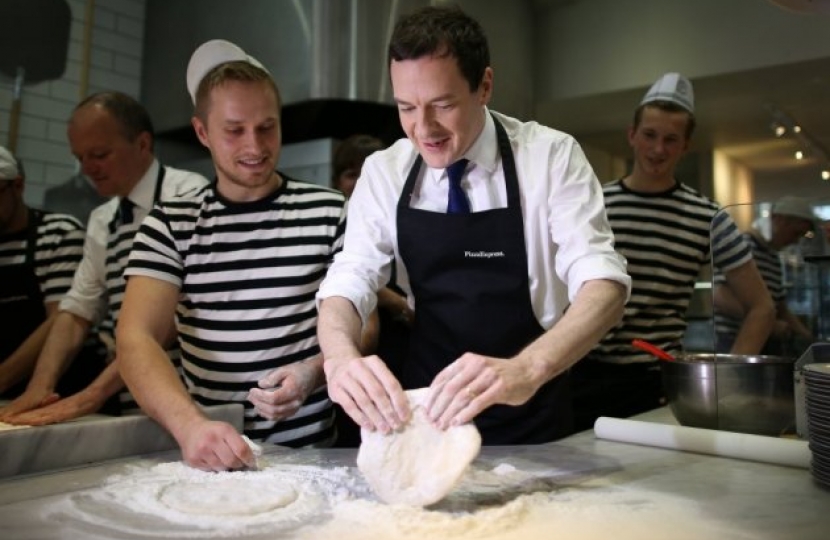 They're nearly 14m strong and the largest cohort in our workforce. From the factory floor to the trading floor, the Millennial generation or “Generation Y” – those born between 1980 and 2000 – are at the heart of Britain’s economic success story.

We are having trouble showing you adverts on this page, which may be a result of ad blocker software being installed on your device.

Last week was different. This Budget rewarded Generation Y’s efforts and fuelled their aspirations. The chancellor’s speech specifically referred to the “next generation” no fewer than 18 times – and he backed up his words with new policies that show this government is right behind our Millennials.

The rise in the tax free personal allowance to £11,500 – a tax cut for 31m people overall – has a disproportionately beneficial impact on early and mid-career Millennials. A typical basic rate taxpayer, who will also benefit from the new National Living Wage, will pay over £1,000 less income tax than in 2010. The higher rate threshold is also increasing to £45,000, a tax cut of over £400 for, say, a middle manager in their early 30s moving up the ranks at work.

Generation Y is the startup generation too. Not content with working for other people their entire careers, new startups are disproportionately launched by under 40s. For example, 32-year old Mandeep Singh, a former private equity investor, used his City experience to launch Trouva.com, a venture capital-backed online marketplace for independent fashion and homeware retailers.

For small businesses like those in Singh’s network, the chancellor is permanently doubling small business rate relief and increasing the maximum threshold for relief so that 600,000 small businesses will never pay business rates. Corporation tax will be cut to 17 per cent from 2020, the lowest in the G20, benefiting over a million firms and helping our young entrepreneurs drive growth and create jobs.

Anyone investing in Generation Y’s new businesses, including their friends and family, also get a boost. From April this year, the basic and higher rates of capital gains tax will be cut to 10 per cent and 20 per cent respectively, to encourage more funding for our startups, including through the popular EIS and SEIS schemes.

For the growing army of Millennials who are self-employed, national insurance contributions are being abolished, providing a £130 annual tax cut. Similarly, micro-entrepreneurs trading through digital platforms such as Airbnb, Etsy and Ebay get a new tax break for the first £1,000 made. Another boon for the generation commonly known as “digital natives” who’ve never known a world without internet.

Despite their go-getting nature, or perhaps because of it, too many Millennials have no pension or savings. Yet they shouldn’t have to choose between saving for a deposit on their first home and saving for retirement. Last week’s Budget helps them do both. The new Lifetime Isa is open only to under 40s: put in £4,000 a year and the government tops it up with £1,000 every year until you’re 50. The tax-free Isa limit itself is rising to £20,000. These Gen Y-friendly incentives build on last year’s Autumn Statement, where the chancellor launched the government’s Help to Buy and shared ownership schemes, designed to put 400,000 new homes on the market by 2020, helping Britain’s first-time buyers.

Some Millennials are now young parents (to what may become known as “Generation Z” presumably), and for them giving their children the best start in life is just as important as their own career aspirations. So the government’s new funding formula for schools, announced last week, to ensure fairer funding for children across Britain will be welcome.

A generation that grew up with Labour’s recession – I started my first City job a year before Lehman Brothers collapsed – knows that uncontrolled state spending, high welfare bills, excessive borrowing and rising taxes undermine the efforts and aspirations of working people, especially the young. In contrast, this Budget wisely introduces policies that specifically back the economically vital Generation Y. Our country is already the fastest-growing in the G7, and backing our Millennials is a sure way to maintain our competitive edge on the world stage.

Some readers may remember The Who singing Talkin’ ‘bout my generation. Last week’s Budget showed this government is not just talking about helping my generation, it’s taken real action to do so.