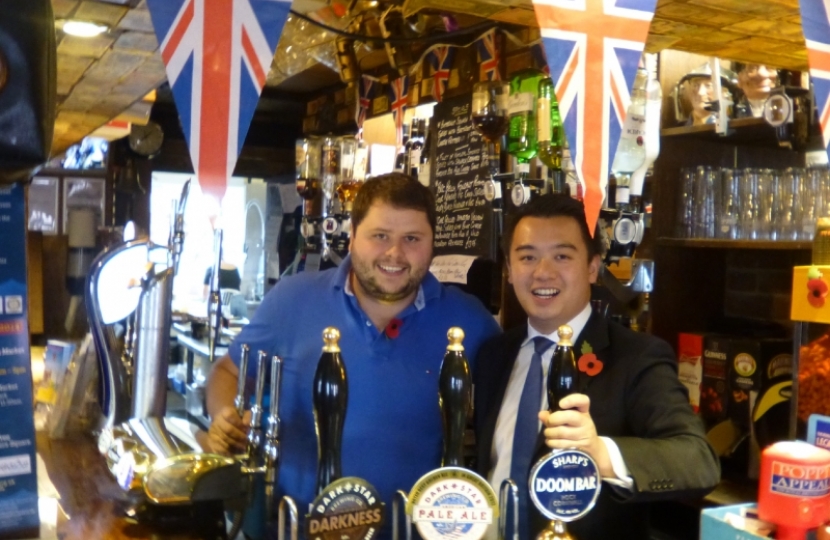 A strong economy locally and nationally is Alan's top priority and the biggest issue that local residents raised with him during the 2015 election campaign and since. Alan wants more local jobs, higher wages, rising living standards and growing inward investment.

Alan has visited a range of local businesses, to meet owners, staff and customers, to listen to local perspectives on the economy - and continues to do so.

In the 2010-2015 Parliament, Conservatives focused on fixing Labour’s economic mess. 1000 new jobs were created every day. Our economy was the fastest growing in Europe. We’re balancing the books too, so far cutting Labour’s deficit by 50%. Now we are finishing the job.

Giles Babb, landlord of Emsworth’s Blue Bell Inn pub says. “Alan’s business experience means he knows how our economy works.  As a shopkeeper’s son and small business owner, he’ll speak up for hardworking people like me and help us build a successful local economy and a secure future. I’m backing Alan Mak”