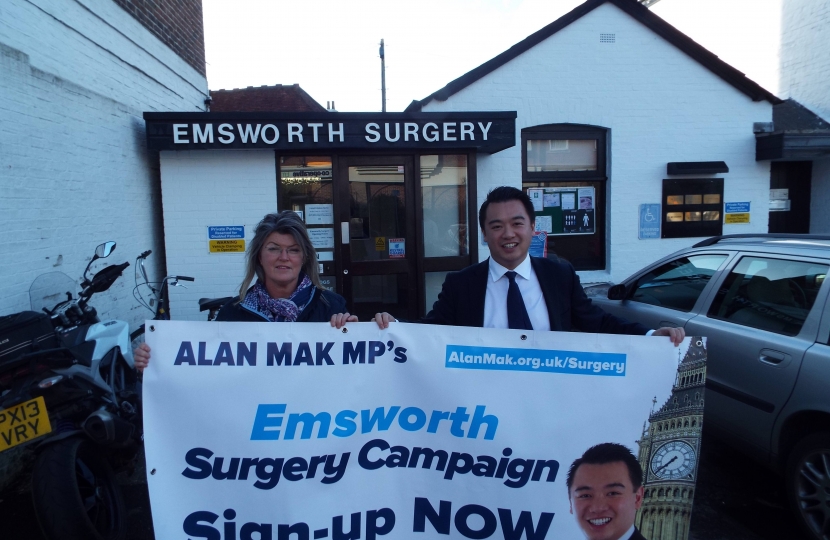 A campaign for a new Emsworth GP Surgery led by local MP Alan Mak has proved successful after the green light was given for construction to begin at the site of the Victoria Cottage Hospital (EVCH).

Mr Mak intervened to stop the sale of the EVCH in August 2018, arguing that it could be used as the site of Emsworth’s new GP Surgery.

He then led a community campaign, organising and chairing meetings with the NHS Clinical Commissioning Group, doctors and community representatives to push the project forward.

That proved successful when the NHS announced that the project had been given the final green light and construction will begin at the EVCH from later this month.

Alan Mak MP said: "Having stopped the NHS selling the Victoria Cottage Hospital last year and helped secure NHS funding for a new GP surgery on the site, I'm delighted construction is due to start this month. I've campaigned for a new Emsworth GP surgery since 2015 working with local doctors, the NHS and community groups - and this news is a great result for the whole community!"