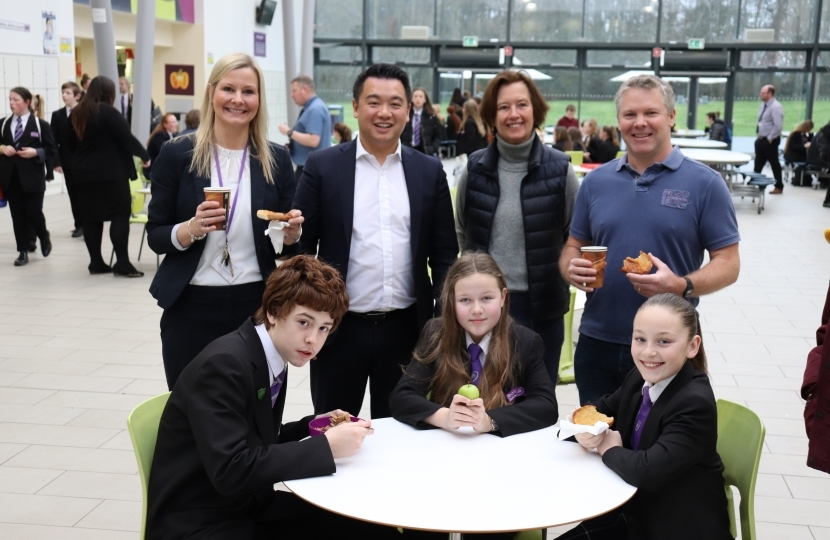 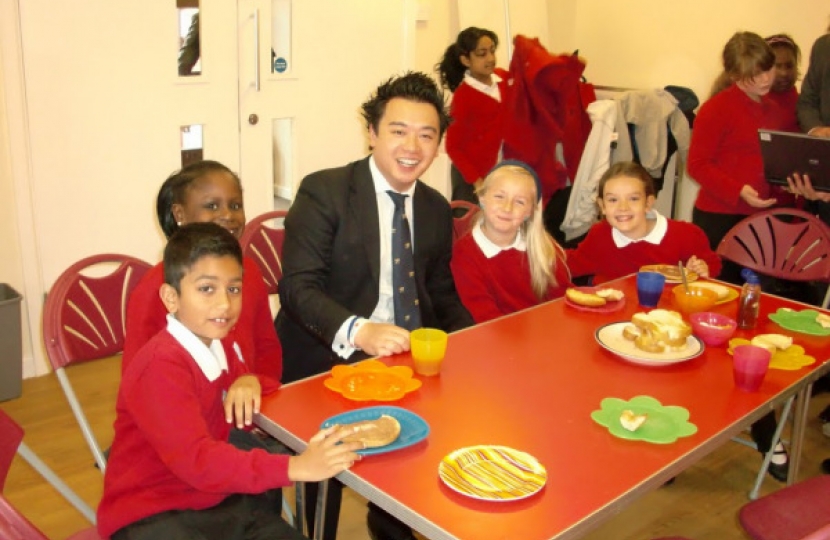 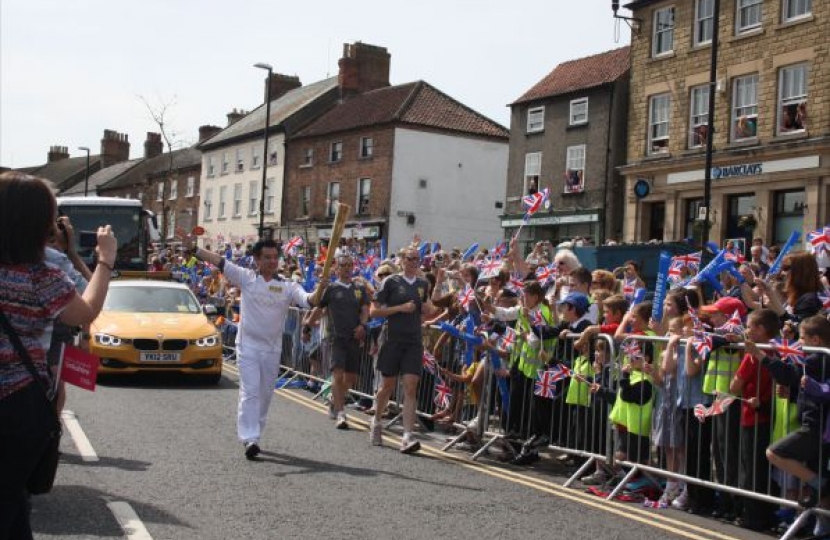 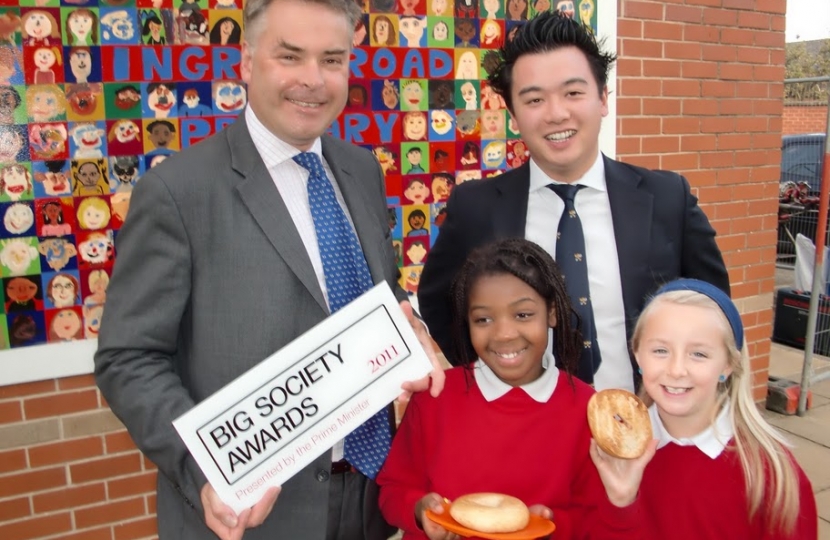 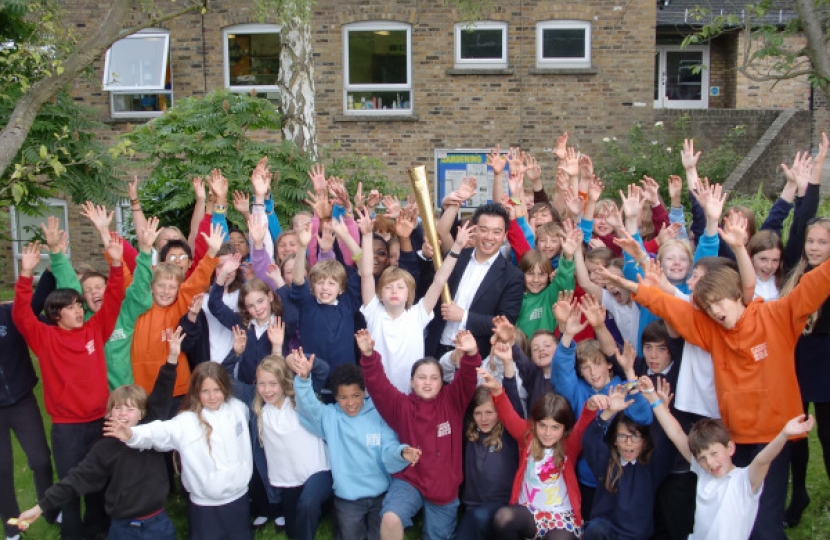 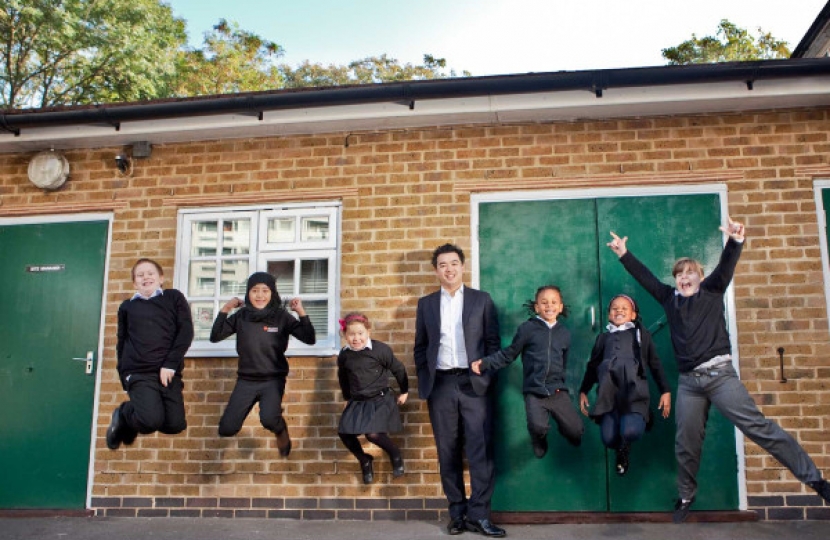 In December 2016, the Guardian newspaper listed Alan as 1 of 5 "unsung MPs quietly making Britain better" in recognition of his campaigning work against child hunger & poverty and his support for school breakfast clubs. A copy of the article in the Guardian can be downloaded below.

Helping children and young people get the best start in life is one of Alan's top priorities for the Havant Constituency and the country.

Locally, Alan has visited every secondary school and college, and visited nearly every primary school. He regularly engages with local students and headteachers.

Nationally, education and social mobility are key interests for Alan in Westminster. In particular, he is a strong supporter of school breakfast clubs because they help children start the school day without being hungry, boosting children's concentration and classroom attainment.

For over 5 years, Alan was Trustee (and later President) of Magic Breakfast, the UK’s leading school breakfast club charity which fights child hunger and poverty.

Every school day, Magic Breakfast provides free, nutritious breakfast foods (bagels, porridge, orange juice and cereals) to over 48,000 children in over 480 primary schools in Britain’s most deprived communities. Magic Breakfast operates in and around major cities including London, Manchester, Sheffield, Birmingham, Leeds, Liverpool and Blackburn. In affected areas, children arrive at school too hungry to learn. Having breakfast in the morning improves children’s school attendance, punctuality, classroom attainment and exam results. Magic Breakfast was supported by former Prime Ministers David Cameron and Theresa May, and by Boris Johnson both as London Mayor and Prime Minister, as well as a wide range of corporate supporters and funding partners including Pearson, PepsiCo, Morgan Stanley, Clifford Chance, BC Partners, Bagel Nash, Igloo, and the Mayor’s Fund for London.

Alan’s work for Magic Breakfast was wide-ranging, and included: leading the charity’s engagement with government, politicians and policymakers; fundraising and liaison with some of the charity’s corporate donors; acting as a media spokesman; speaking and writing on behalf of the charity; and contributing to the charity’s governance and strategy in partnership with the other trustees and the full-time executive team.

Magic Breakfast has won the Prime Minister’s Big Society Award and was 10 Downing Street Charity of the Year. Alan was selected to the carry the London 2012 Olympic Torch in recognition of his work for Magic Breakfast, and often gave talks in schools to pupils, parents, teachers, governors and kitchen staff about his work. Alan also served as a governor of a Magic Breakfast primary school in east London for five years, where he supported the breakfast club.

Alan’s work for Magic Breakfast has been reported in a wide range of national and industry media including the London Evening Standard, Management Today, Channel 4 TV and BBC Radio as well as local press such as the Ham & High.

Magic Breakfast operates breakfast clubs at six schools in the Havant Constituency, and in 2020 Alan played a key role in securing funding for a new breakfast club at Havant Academy in Leigh Park backed by local employer FatFace.